Skip to Content
Home Blog daily life Falchi
With all of the excitement of the puppies, I forgot to tell you about a very cool thing we did the week after they were born! The Game Fair Italia is held every June outside of the town of Tarquinia in Lazio…right on the sea…and at the last minute, we decided to take a little trip down. I agreed to go to this somewhat heavy on the hunting and fishing exhibition with the promise that there would be dachshunds…you know I am a sucker for a good dachshund demonstration. When we arrived, instead of encountering my precious breed, we found falcons, falchi. 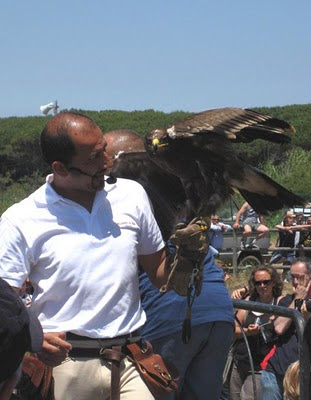 Falconeria, the handing of falcons or falconry, is a practice dating back to medieval times and is still very prominent today in Tuscany. This is not my first encounter with falcons. For many years I have attended an annual competition simulating a hunt by using hunting dogs for tracking and falcons as weapons. Through this I have met all sorts of people from all over Italy passionate for these grand birds, in fact we stumbled upon some friends, Falconieri del Re, who were performing a show, spettacolo. 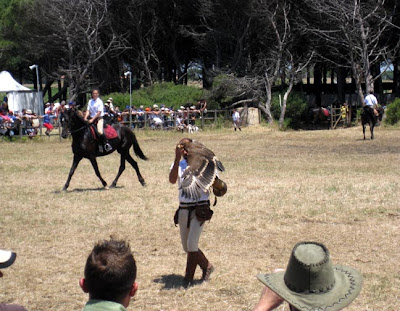 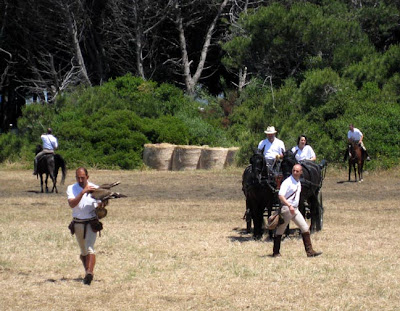 This group truly keeps to the ancient art and long standing traditions, even down to their dress. 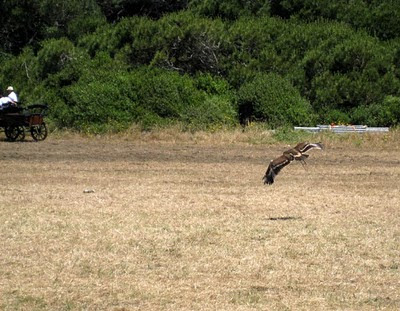 What incredibly proud animals…truly amazing. In real life it is quite violent to watch a falcon in action…this day was no exception.

Since returning home, the subject of becoming more involved in the “sport” has been brought up many times…so much so that a friend dropped off a falconeria book in English. Oh per favore, this is the last thing I need right now. A falcon, davvero, really?